What is VPN and do you need one?

To information technology wizards and pundits, the term VPN is a household name. However, to the commoner, the abbreviation reads like an unknown word from a rocket science dictionary. VPN stands for Virtual Privacy Network.
Just before you start wondering what that is all about, let me jog your memory a little bit. Users of the internet need to protect their privacy and ensure their safety every time they visit the internet. VPN is the software tool that does this for them.

As always, companies and organizations use employee codes or numbers on their employees. Your employee data and history are kept a secret by the Human Resource department and that information can only be accessed by you. From time to time, a given department may want to track performance and post results of its staff to a portal accessible by staff in the given department. While this may appear like a platform to praise and reward or name and shame, nothing could be further from the truth.

Most employees don’t even have their employee codes off-head and won’t care about knowing yours. The department protects its staff data and privacy by using codes for results posted. Whether dismal or the best, you will not be able to know which results belong to which employee.

A Virtual Privacy Network works the same way by ensuring your personal data, while on the internet, is kept safe and protected from criminal activities. If your data is made accessible to everybody on the internet, cons may use it to access your personal and private information such as pins and passwords. This could lead to many things such as loss of money and crucial information to hackers.

So, how does a VPN function?

A client software is used to encrypt your personal data. Whether you are accessing the internet from a public Wi-Fi utility or an internet service provider, your data is already encrypted and not visible by this services. Your encrypted data is then transferred to a VPN server that transfers your information to the website you are trying to access. Accessing the internet without a VPN server makes your data open and accessible by other internet users who could possibly violate your privacy and security. In a nutshell, VPN protects your computer data online by ensuring that

• Your physical location is spoofed. Other internet users will not be able to see your IP address but the one given by the VPN provider.

• Your data is encrypted. This means other people who try to look at your information won’t be able to see your raw data

• Your computer is not easily identifiable.

Different VPN service providers have come up with protocols that carry a wide range of features. A point to note here is that not all providers incorporate the same security features into their offerings. Such differences are brought about by legal issues such as laws of a particular country that guide what should be done with a given VPN technology. However, to get the right VPN for your needs, you may want to check for more information on BestVPN.com

This list gives you the different protocols offered by various VPN providers: 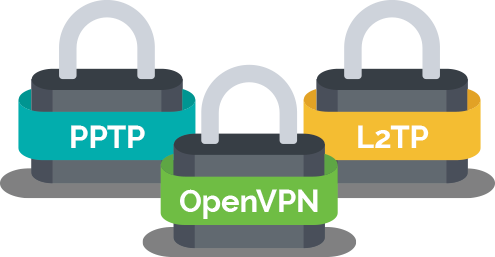 These are two different protocols that supplement or work together to create an effective and safe VPN client for your use. Layer 2 tunneling protocol commonly referred to as LT2P ensures that you get a secure connection through the use of keys on the data tunnel. On the other hand, IPsec strengthens further the security strength of this protocol by encrypting data. Of concern regarding this protocol is that the National Security Agency has the potential ability to break it and, therefore, not safe for use.

Abbreviated as PPTP, this protocol doesn’t do any encryption. Designed by Microsoft, it is one of the oldest protocols in and it has been incorporated into the Windows operating system. It’s not secure when used on its own since it only creates tunnels and envelopes a given package of data. Some tech. pundits have argued it stills stands today but has to be used together with another protocol that provides encryption to make it secure. 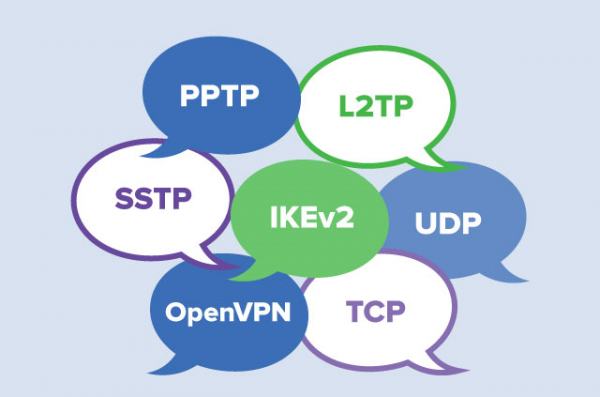 The SSL protocol works hand in hand with the TSL protocol. They provide encryption of data through a cryptography that forms a symmetric relationship between the two protocols. This setup allows only two users that are part of the transfer to decode the data within the transfer. This is a very secure connection.

Read
To SQL, Or NoSQL? That Is The Question

It incorporates the futures of most VPN protocols. OpenVPN allows you to create tunnels that can be used to bypass government filters on a given content. For instance, some countries in the Middle East bar their citizens from accessing Youtube. This protocol has been developed as a multi-platform application. To be able to operate with this protocol, you need a VPN client on your local machine. This protocol also improves on the cons found in other protocols. OpenVPN works more or less like the SSL/TSL set-up and is used to secure the connection by using keys that are only known to two users involved in a transfer. 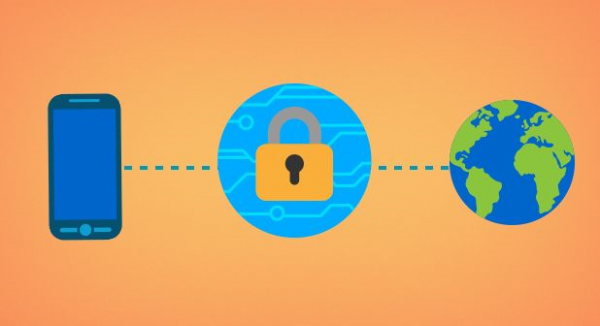 This is also a Microsoft in-built protocol that is a repetition of other Microsoft protocols. Its features give you a very secure connection.

To the techno savvy person, it’s easier to make a decision on what VPN protocol you could use to protect your data online. However, to the common internet user, this may turn out to be an uphill task. That said, understand that a VPN is the software that ensures your personal data is protected online. There are many VPN service providers that offer VPN protocols. These protocols come with different security features that differ in their security strength. Some providers offer VPN services freely while others are chargeable. Know the pros and cons before opting for one.

To SQL, Or NoSQL? That Is The Question

Are You Building Links? Well, You Should! 11 Reasons Why Link-Building Is Important